So…what’s so great about art? Why art?

“Why art?” is a question I ask myself nearly everyday,  sometimes even  knowing I don’t have a definitive and practical answer.  My motives for creating art are so ambiguous that to try to sum it up into a few paragraphs or even a few pages is difficult for me.

The Evolution of Art

Art is a word that defines many things. The definition of art is being stretched day after day with the expansion of new technology  allowing for more time to create and  more things to create with.

What started as simple, humanoid  figures and abstract representations of animals on prehistoric cave walls turned into a complex spectrum of mediums, styles, and techniques. The human mind has allowed us to move beyond the realm of physical representation, allowing us to create the illusion of space on both traditional surfaces and television screens.  Countless television series, movies, video games and more are born. All of it is art.

Millions of people everyday interact with different forms of artwork from literature, to electronic media, to fine art and more. Hundreds of years ago this was not possible, not without the internet. Today, the internet connects artists to people, organizations, and other artists. This has allowed for tremendous progress, and not just for artists but for everybody.

Now we are getting to it. The question, “why“?

Because art creates culture.  To paraphrase a brilliant mind, Terence Mckenna (see above), on the subject: culture is to the human mind what an operating system is to a computer. The culture is a collective of ideas, an effort to literally realize our collective dreams.

If you have an outdated operating system on your computer, you cannot do certain things that you could do on the newer models, unless you upgrade your operating system.The obsolete operating system cannot comprehend the processes of the newest models.  Likewise, the same goes for cultures.

Remember how long it took for people to accept the now commonly accepted fact that the earth is a sphere that rotates around the sun and that we are not at the center of the universe? People were put to death for thinking this way in a culture which was not ready to accept the information because the dominant culture was outdated, obsolete, and could only accept information that supports itself.

This pattern  of revolutionary ideas followed by accusations of heresy  is repeated many times throughout history and has slowed scientific progress considerably for hundreds of years. 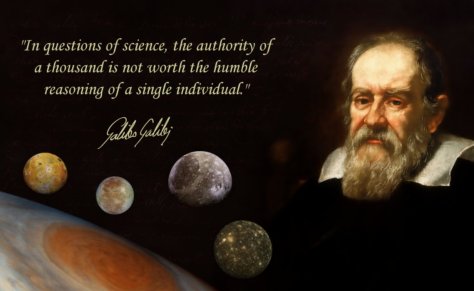 However, once enough people started catching on to  and spreading the idea, it became accepted fact among the majority.  This is because the idea was pushed out into the culture like a virus into a computer. Only this virus is a good one because it allowed for an obsolete culture to be overtaken by a more efficient one.

I want my art to be like the good virus. I want to create visual ideas that could be used to help create the new  and improved culture, I would like to create art that may help open peoples’ minds to new possibilities and perspectives they may not have considered. I would also like to create and share art that shows the obsolete nature of the popular, dominant culture if possible.

I believe that art has the power to do this and much more, especially now that artists and millions of others have access to the internet. Ideas, memes, art, music, literature and more are all ways that culture can evolve and the internet is the nexus of all these great ideas.

An Example of When Art was Accelerating Cultural Understanding

Van Gogh’s “Starry Night” was not just a magnificent painting but also a visual depiction of the concept of turbulent flow in fluid dynamics.

Gogh’s painting makes it easy for people to understand the concept simply by looking at the swirling patterns, yet it took mathematicians and physicians nearly 60 years to come to a decent explanation of the concept. It’s not because mathematicians and physicians are inferior, of course. It’s because art simply allows us to get a perspective of this particular concept in a more intelligible way than those fields.

Most everyday people would not understand the mathematical expressions for this concept if they saw them, but just about anyone can look at Gogh’s painting and see the concept plainly.

Why Else? To Inspire Contemplation, Creation, Communication, and Expression

It’s part of my mission to inspire as many people as I can to want to be an inspiration to even more. I want to create a chain reaction of creation and inspiration and I believe we all can play a part of this, even people who do not consider themselves creative.

I want to get people talking about important things. Things like the status of the dominant culture and things like our effect on the environment and surrounding cultures. I want like minded people to be able to connect through conversation about these things, I want people who may have differing perspectives on life to communicate and share their ideas .

Art turns thoughts and feelings into an object or a book or a performance. Art materializes the Immaterial. Art is a way of showing people that our ideas, feelings, concepts and more can be articulated and shared with each other. Art is a way of unifying people and encouraging progress if the context of the artwork suggests it.

I look forward to forging a new paradigm with the rest of humanity as we move towards the future. With art, the internet, and the innovation of science and technology I believe humans can achieve many things once thought impossible by an obsolete culture in a fading paradigm.